If you follow this blog, you already know that my posts are inspired frequently by the content and the events that characterize my professional and private life.

Today, I’m going to tell you about a company “out of clubs and carrots”! Unfortunately, I can’t neither talk specifically nor use names and precise references… it’s a matter of privacy, but… read this short story.

Since the first forms of subordinate work, the chief has always been thinking about drawing on a mix of threats and rewards in order to stimulate the motivation of his dependents and collaborators. Starting from human slavery, we find out that the so-called “club” was the most used tool to obtain motivating effects.

After a slow process of civilization and professional moralization (suggested by the desire of incrementing workers’ performances), man was even able to use the carrot, motivated by a strong and purposeful hope for renewed effectiveness and performances increase.

So it was for a limited amount of time until, when the weakness of the “sweet method” was found, man started applying some changes both in quality and quantity.

Therefore, he started washing carrots, flavour and make them more appetizing and tasty. He began covering clubs with foam rubber and planning new ways of using the club/carrot method, even if he keept the same root and DNA. Back to our days, economical conditions seriously bind us to the use of benefits and professional incentives, whereas the job market leads people toward the loss of faith in becoming successful.

With few carrots and an exorbitant need of performances, the employer has even stopped using clubs, as he cannot deny an incorrect procedure as such!

From now on, we witness the inevitable breakdown of the whole “old method” system of the motivation and it may be a good thing considering the poor results.

The “club and carrot” procedure doesn’t go well together with humans, as it is thought in order to make donkeys work (even understanding the temptation and the clinic pleasure of treating the worker as an equid!).

In all sincerity, I think that lots of people should change their ideas of motivation, they should think
outside the box and drop the presumption of being a know-it-all or the motivational “guru” of the day.

Coaching, for example, is a good intervention, without clubs and carrots, in which the goal of the relationship is finding one’s best, starting from self-care, and then meet the worker’s potential part, the one not yet expressed that has been hidden for “centuries of clubs and carrots”.

What is Life Coaching? 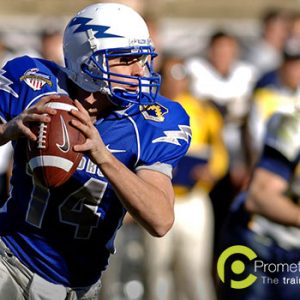