Inner Game – How do Coaching and Inner Game promote Self-Realization? It was the year 1974 when “The Inner Game of Tennis” was published by Timothy Gallwey, sport coach and author of various best seller, born in San Francisco in 1938, one of the founding fathers of old and modern Coaching. The book introduces the technical-cognitive (I’d even say emotional) “Inner Game” approach to public.

The Inner Game principles formulated by Timothy Gallwey, further developed in every declination of Coaching, allowed athletes, business managers, but also “common” people who wished to improve their lives, to develop winning thinking strategies through nonjudgmental approaches toward themselves and other people. A simple but also genial concept that turns out to be the tool par excellence for Self-Realization.

The opponent in our mind is way stronger than the
one existing in reality,
over the net
– Timothy Gallwey

How does Inner Game work?

The basing principles of this concept refers to:

Gallwey thinks that even the possibility alone to observe the aspects of an issue, of the “game”, the inner one first, ripens awareness and allows the acquisition of new strategies, as well as the consequent development of winning solutions.

As you may realize, the concept of inner opponent, born in the context of Tennis, has quickly become a multidisciplinary metaphor which can be applied to all contexts where Coaching becomes an instrument of excellence for people’s realization: private life (Life), professional individual activity and Business Development (Business) and all sports (Sport).

According to Timothy Gallwey, we are always in front of a constant “game”, inner and outer, and in order to achieve Self-Realization we have to consider both, inseparably bound and binding!

The inner one, mental, created and managed by ourselves, between ourselves, as if we were agonistically led to compete with the representations and the meaning we give to what we find in front of us: personal choices about life or decisions at work, but also, in general, changes, people and emotions.

The outer one, real, that only “appears” to be the problem, but whose degree of problematicity is directly bound to our inner perception.

As already stated, the concept of Inner Game was born and raised within the field of sports: in tennis, exactly. How can we transfer Gallwey’s theory to different realities, like Business Coaching?

The answer is quite simple. Let’s think of an athlete, with his difficulties and fears, with the stress of the match and very short time to necessarily achieve performative results. Let’s think now of a manager, with doubts, who has the necessity do produce income, deadlines and a team to manage. Although it concerns different contexts, can you notice how much athletes and managers can actually be easily associated when we lead them to the “person – inner game” level? In fact, they both have to necessarily manage their interferences to be successful athletes, managers and, most of all, people!

Thanks to the application of cognitive strategies to the Inner Game, for example, Coaching was able to grant added value, competitive success and tangible results to the world of business under every aspect , thanks to the development of the manager’s awareness and responsibility about the dynamics taking place inside and outside the company.

What about Life Coaching?

This is the Inner Game.

Every time we’re in front of a challenge in our life, job or in sport, every time we aim to achieve our goals and we move a step toward self-realization, we’re moving within both area of mind and reality game. Every time, we have to manage  our inner game. 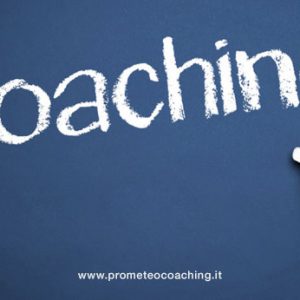