How to make money with Coaching?

How to manage to have a satisfying income after becoming a Professional Coach?
How to make money with Coaching? Lots of people have recently approached the Coaching methodology; even in our Coaching School, we assist an increasing number of people interested in Professional Coaching and, therefore, in undertaking a training course.

Is it due to crisis and to the lack of jobs? Is it because Coaching and all the related subjects are having a strong social interest? Giving certain answers is hard…

Some days ago, I received an email containing a poll about the progress of Coaching in the world. I didn’t give it much attention because, at a glance, it was clearly unreliable.

From a statistic point of view, the person who spread those data made an unforgivable error: he referred to a modest “representative sample” (less than 300 people!!!). Moreover, the poll tried to make such survey look like some kind of data referring to the mass, or even to the global progress.

These attestations (there are lots of them on the “net”) can only be considered junk, as they don’t respect any technical and scientific methodology. Also, the most serious fact is the diffusion of such results as general data about the progress of Coaching in the world: unfortunately… some people believe in them!

In the poll in question, we can also notice that “many Coaches still can’t spend their whole working time on the Coaching activity alone; therefore, many of them choose to support their training activity with business consulting in order to make a living”.

In this situation, for example, the ability to successfully do it is taken for granted…

Our experience doesn’t confirm it!

The access into a company is actually very complex for new Coaches, and they also need to diversify their training.

Our Coaching courses tend to train Coaches “from zero”; addressing to tired Business Consultants with the perspective to give new opportunities of professional positioning and of earning is not part of our goals.

I think that broadening the “representative sample” is necessary in order to spread statistic data about Coaching, even to those who don’t come from the world of business and who are not subscribed to this or that association.

When some data are spread, moreover, there should be the intellectual honesty to consult those, as our group, who constitute one of the most important private realities in the world for the number of trained Coaches.

In this poll, for example, the fact that being a Coach is not a synonym of being a Business Consultant is not taken in consideration (as it is in our way of thinking and of working). The unforgivable error is spreading results that are subject to a strong influence of those who have to submit it. It is like saying: let’s discuss the data faulted by the procedure and by the method used for the collection, where “general progress” is defined as a survey conducted on few people who certainly have something in common. I start wondering about what the goal is: putting a Coach in the condition to earn and live on Coaching, or finding customers?

I DON’T HAVE ANY REASON TO COMPLAIN ABOUT HOW MUCH I EARN, and please… don’t tell me I’m good or lucky… I’ve started from zero and I’ve made enormous sacrifices for years, investing thousands of hours in training and thousands of euros.

The problem of income exists, how could we deny it. But in Prometeo Coaching®, we’d rather talk about solutions and focus on how to solve problems, instead of statistically observe them. We think the first thing to do is starting to reason on the fact that becoming a Coach requires time and
money for the professionalization; understanding, in other words, that it is impossible to expect outstanding incomes with an investment of few thousands euros and a first level course: it would be illogic! Doing some good Coaching will be possible with this kind of course, but the road is longer in order to have a “fat wallet”.

Secondly: saying that it is possible to become a Coach by accepting an Ethic Paper is wrong. We need to state, instead, that Trade Associations are absolutely useless on the side of “How much is my worth, how much am I prepared and how much do I earn?”. We also need to affirm that adding on one’s own website any kind of “logo” belonging to this or that Association is just as much useless for those who have to pay for our services: customers (who pay us) don’t have any “nose ring!”

Which Association can grant me 600 dollars per hour by doing Coaching?

How could I grant myself a certain income by subscribing Ethic Papers or lists consisting of prescriptive behaviors, making them seems like “Indispensable Knowledges”?

Do you really think that Coaches’ customers are interested in the Association he has subscribed to? None of my customers has ever asked me something about it (and to tell the truth, I’ve had lots of customers over the years).

I’ll even tell you more… none of my customers has ever asked me where I was trained and what my course of study was. All these subjects could not be less interesting; all these discussions are just diatribes for trainers, associations and personnel belonging to this field: subtle things that don’t improve a Coach’s earning.

Talking in these terms, among lies, bias and ignorance, activates the usual problem: binding logic and intellectual honesty to one’s own miserable propagandistic and commercial interests. Trade Associations are welcome, but they have to act as such, with no tendentiousness or “subtle commercial games”, and… “fiscal shields for the commercial activity”.

But now, as the (income) problem exists, shall we find any solutions? Wish to know what I think about it? Some Coaches don’t earn much, and it’s just right! Let’s take a look around; there are Psychologists, Commercialists and Lawyers who share the same problem.

Do you want to know why I made the previous statement? Don’t worry, I’ll tell you!

Because many professionals make confusion between technical skills and competencies referring to the creation of the “self-entrepreneur”.

Good Coaches, like every other entrepreneur, must be aware that, once all the technical skills are acquired, they must start thinking about the problem of “selling themselves”; think for example of those who attain a university degree: they have the same problem, don’t they?

Whoever graduates is aware of being only halfway; new graduates know they mainly developed theoretical competencies, and they know well they have to keep investing on training to become an entrepreneur or a freelancer: I think there are no doubts on that.

Coaches, however (take it again as statistics data), tend to stop; that’s because there’s a lack of clear offer of training in this direction on one side, and because sometimes, out of any kind of generalization, we demand to obtain maximum results with a minimum effort on the other (I’m sure this is not your case, as in our “Expert Coach” course we deal with teaching marketing, personal branding and… how to acquire customers).

Today, many new Coaches think that opening a blog, creating business cards with the text “Coach” on them, sending some communications to companies may be useful to earn and become famous successful Coaches.

“Selling” one’s own services, for example, isn’t the same as hanging a Coaching certificate on the wall of a study; these two things had to completely different directions.

Moreover, taking care of the brand, communication and marketing-mix, is an art that must be improved through proper training courses, with a trustworthy, serious and punctual investment.

The fact that many skilled professionals, sensitive about the quality of communication and self marketing, earn less than those worried about affiliating to a Trade Association that will never be the equivalent of success of earning, I think it’s unfair. 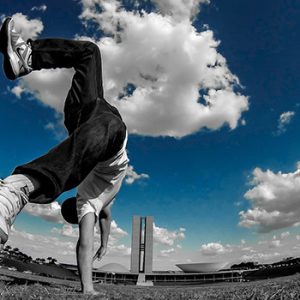 Live and let live - Live your life and let other people do the same! There’s a sentence that comes to my mind everyday…...