Coaching and Mentoring – Decide if you can

Have you ever wondered what the differences between Coaching and Mentoring are? Ever tried to shed light on both methods? In the Odyssey, Mentor was the trusted friend and advisor of Odysseus, to whom he entrusted the care of his son Telemachus to prepare him to life and to his future role as a king.

Today, we give the title of Mentor to people who, on one side, show the ability to advise, and who are considered, on the other, to be depositaries of a certain “knowledge” and a certain wisdom. The word Mentor, today, means trusted advisor, wise guide, tutor.

In this respect, there are specific definitions: “A mentor is simply a person who helps other people learn something that otherwise, if they were alone, they would learn less well, more slowly or only in part ”.

“To Mentor”, therefore, refers to the specific activity of helping people obtain a professional and personal development through a process of learning which is based on advising, providing information and telling vicarious experiences.

So, Mentoring is a relational method between a more experienced subject and a “pupil”, with the purpose to develop new and broader skills.

There are some common characteristics between Coaching and Mentoring. Both methods, in fact, make large use of active listening, considered one of the basic instruments for the structuring of an indispensable effective relationship.

Both methods also share some common aspects that put an accent on the ability to:

Coaching and Mentoring are two methods founded on a model of efficient relationship, and the latter, therefore, becomes a supporting instrument for the management of the process and of the development path.

Both methods focus of conceiving people as empowered, that is, able to develop self-awareness and autonomy through their own resources.

But what are the substantial differences between Coaching and Mentoring?

Over the last years, the proliferation of new models and techniques, as well as new and old philosophies, have favored a certain confusion between the two methods. Searching on Google is enough to find out a great chaos of ideas and definitions.

After all, there’s also a certain mix in the scientific literature which obviously doesn’t help those who wish to further study the two disciplines.

Moreover, Coaching is even proposed as a by-product of Mentoring, which I personally don’t agree with.

I find completely erroneous the fact that, in order to underline the differences, many agree on stating that business Mentoring focuses on broader goals than Coaching, referring to roles and to career development; in my humble opinion, this is a great cultural ingenuity which doesn’t help tracing the exact difference between the two disciplines.

Who says and where is it written that Coaching cannot focus on role and career goals?

It’s just a matter of commissioning it… and finding a good Coach… isn’t career development still a goal?

Well, thanks to my direct experience I can affirm that many companies are more keen on performances, short-term goals (in terms of revenue and sales volumes) than on career development; so, the problem doesn’t depend on the discipline, but on how discipline is used in the business culture.

There’s currently a cultural problem in many companies which is born from how interpersonal relationships are conceived and how Human Resources are enhanced.

In other words, it’s all a matter of considering what the Company wishes to concentrate on and where it desires to put its focus of improvement.

According to its traditional meaning, Mentoring allows individuals to follow (by replicating it) the path and the action plan of an older, more experienced colleague… some sort of “I’ll explain how I’ve done it… and you’ll repeat it!” or “… do this because it worked for me!”

It is just this “modality of repetition” and prescription that makes me puzzled.

Older colleagues may transmit their knowledge and mastery and invite the person to go through their own identical processual and learning procedure, but they absolutely can’t have have any certainty as the path will be walked by another person.

It is the question of “model” and “variance from the model” that doesn’t convince me at all.

In a Coaching process, the Coach (who is not an expert of the subject in which the relationship acts) doesn’t give lessons and can’t give recipes, more or less prescriptive. The Coach, therefore, can’t make the mistake of acting as neither a leader who paves the way, nor a model. A Coach is aware of the individual’s unicity, and will remain uniquely focused on personal Potentialities.

So, in an action of Coaching customers are bound to a learning process with the role of being unique, inimitable, responsible and completely focused on their goals.

In this view, the Coach’s role is extraordinarily secondary and marginal. It’s a matter of protagonism and, thinking of Mentoring, I haven’t been able to find an answer to this question yet.

When we talk about giving lessons and “wise advices”, I think of a prescriptive relationship that lacks a fundamental element: self-actualization.

What shall encourage people to improve? What are their good reasons to respect prescriptive tables and magic recipes to improve and achieve their goals. And also… are these goals really theirs?

Abraham Maslow would describe self-actualization as every individual’s need to “become what we are able to become” and to ”realize our best Potentialities”.

In Coaching, self-actualization is the ability to know, express and develop our inner being: the deepest part of Self.

In fact, we all have unique Potentialities which, by melting together with knowledges and learned abilities, make the individual ready to the complete expression… to any improvement.

So… what do you prefer between Coaching and Mentoring?

Love and Possessiveness - A doubt that undermines happiness 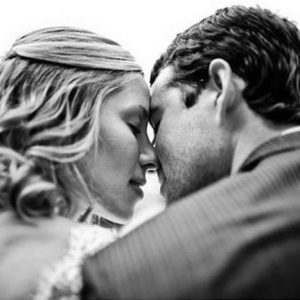 Love and Possessiveness - A doubt that undermines happiness

When love and possessiveness mix together, they infect relationships and undermine happiness There’s a question...