Audacity: how be Happy, Free and Creative

Coach your Audacity  … to achieve your goals. The Audacity is something who titillates a lot  my curiosity.

From my point of view Audacity is a winning potentiality, perhaps the most “uncomfortable” for its declination on the freedom to do and thought.
Maybe, because of it, belong just a few people.

Etymologically Audacity is mean “dare”  (from Latin “audere”).
The most important part of this potentiality is, in fact, the ability to face life and the circumstances with courage and a certain amount of conscious recklessness.
This is not about be carelessly of the dangers, but is about awareness of its own means, its own strength of will, know the emotions that drive their own actions.
It is the innate dowry of those who think and act with ardor and passion, who firmly believes to be right, who bravely faces the challenges of those who make and sees “over” because knows already – since always- that will succeed .

Literature and history remember the brave, never cowards. Yes, because the temerity is the vivid expression of the virtues of courage, which is inextricably and inevitably linked.
And to the brave Machiavelli dedicates his maximum literary work, which attaches at the audacity the daunting task of defeating the fortune, along with the will and action.

Fate can be adverse but if you act supported by bravery and strength also the fate can be contrasted and cleverly turned on your favour.
Audacity and courage inspire respect even to the enemies, reminds us Dumas; perhaps because the audacity scares, coming from the courage who belong to those dreams more, more and more, being strong of its goal and confident in its actions.
The audacity intimidates. And at the same time audacity sets free. Audacity open up to your dreams, get free yourself from the grip of that “certainty” that too often became wardress of your emotions an of your choice keeping them under lock and preventing you from became that you really want be, denying yourself happiness and self- realization.

The audacity make you free because bring you in action, not to undergo, and therefore to want, to accomplish, produce, create. Audacity born from the courage and in the same time, in my opinion, is mother of a dream. Your dream come true when you think bravely and act with courage, when you say “stop” to what others have chosen for you and you allow yourself to break the chains that nail you to a life you do not want, but which now seems to give the security that you think you might need.

Let’s go to the point: how can the audacity be exploited to make you change the gray life that you live today, to make you get what you want, to make you happy?

The audacity is a potentiality and as such can be exerted and coached.

Coaching is the right solution to ensuring that you can being aware of this your special potentiality and can use it in your favour, for use  it in support of a concrete action plan, to be implemented for the realization of specific and clearly defined goals.
Pursue your professional dreams perhaps leaving a secure job but do not gratifies you, take a new love relationship even after a big disappointment, go and live in a new and unknown place…

So many are desires whose realization is need certain goals by using a high dose of audacity. A serious and appropriate course of Coaching can support you in exploring your potential, helping to direct your audacity to the realization of your goals, to cleverly calibrate the effects facing with responsibility all the risks and any suffering related to your choice.

Coaching is the superb  method for planning and for make action.

Coaches consciously your audacity, use it responsibly without abuse, for determining challenging objectives, go forward with courage and … be happy!

Audacity is a gift…. Coach it for be happy. 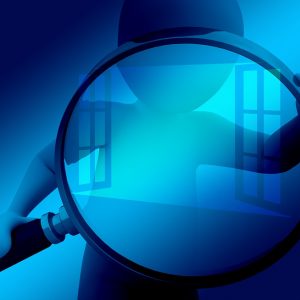 In the last few days I’ve been thinking a lot about a certain way of doing in some  company and sometimes, unfortunately,...