In the last few days I’ve been thinking a lot about a certain way of doing in some  company and sometimes, unfortunately, it seems to me even to see it materialised: The control mania. What I mean?
I’m referring at that state of mind based of constant anxiety who lock, and in the same time push, a person to taking irrational behaviours aimed in spasmodic need to know every action, every step, every thought, every nuance of others’ behaviour.
In private life and at work, most often, I got to know persons (husband, wife, employers, managers) obsessed with control mania.
Every time seemed to see the same show: that one of “controller” who think to manipulate the “controlled” us a marionette, that advice an endless series of method for unmask imaginary and improbable skulduggery, who feeds of belief (often absolutely false) to have “all under control” so anyone can “turn it under the nose” .

I wander all that thinking especially at corporate life, where take attitudes characterised by exasperate control over the team can have devastating effect.

Whether you are “controller” or “controlled” did you ever wonder what happens to the company and to a team work who is contaminated from the control mania?

I think the emotion that governs the control mania leader is fair.

In short I believe this is the fear of being cheated, tricked, cheated, “scrubbed”. But I think it is also the fear of losing someone or something, to get poor performance, to lose what is believed to be their own “primacy” in an area (the much vaunted “excellence”).
Fear is an emotion that usually paralyses, but that – in worst cases-  can move to the sinister and disrespectful behaviour. If powered by mistrust in the ability of members of the working group, this emotion can become destructive and disrupt even the best business reality.

If you are a company leader or a team leader and adopt behaviour similar to those described above, you deceive yourself that your behaviours authoritarian, hyper-attentive and suspicious is productive?
It is as if you maintain a kind of self-convincing, as if I said: “If I have everything under control, nothing can elude me an therefore everything will be fine.”
In other words, it is as if I told a fairy tale in “happy early end” whose plot revolves around a single subject: yourself!
The reality is – on the other hand – parallel to the “movies” you’ve created in your imagination.

The exasperated control, combined with the lack of trust in your staff and the trend towards not delegate probably create a climate of mistrust and suspicion rampant, are threatening for the motivation of the group, produce discord, promote a lack of cohesion and frustration of your best resources, injecting into the team a lethal virus.
Those indicated above, are all representative elements of leadership styles dissonant (in particular, those which Daniel Goleman defines style “tread” and style “authoritarian”).
Is about the classic “chief” that spurs (or squeezes?) Its own employees in the first case, the “master” that law and oppresses his subordinates in the second.
Two obvious examples of what the control mania and “command dowry” are highly damaging to the corporate health.

A staff constantly monitored feel the negative pressure, are morally unhappy, they feel crushed, or even alienated. If at all this is we added the tendency, often manifested by certain leaders, to have a specific purpose on their staff, the adverse effect is guaranteed.
The consequence of the control mania and distrust on team determines in most cases a low-level performance, but the most negative effect is caused on the mood of the team.
If you take an authoritarian leadership style, control of every detail, the tendency to get so manic in every aspect of the duties assigned at team your co-workers or employees, the constant criticism and reproach that follow are parasites who wear out – in the long run – the people and infest the workplace.
Such attitudes destroy relationships, promoting laxity, dissatisfaction, frustration, until determine absenteeism, indifference towards the work and the company and, at worst, open contrasts that can lead to the resignation.
These consequences are heavily amplified when the recipient of the obsessive control is the person with talent.

What happens when to be controlled is a special person with exceptional ability, significantly higher than those “standard”?

The answer is a must: if you have talent, do not put yourself in cage.
If you have talent, you not allow the authoritarian leader to control you and make fun of you.
Maybe you accept that for a more or less long period of time, absorbing the suffering and trying to convince yourself one find day you will be fine on it, but then inevitably you need to be free of that attitude.
Your nature get rid, because the nature of man begs to be respected, always.
But let’s get to the real profiles, because if you are a manager and you are reading what I’m writing, you are probably wondering:

Coaching is a method that can give you the tools to lead a team in accordance with the principles of support, trust and cohesion that make a company strong and competitive.

A company’s success in fact, came from the harmony of the group, the level of emotional competence of its members and first of all from  the leaders.
Success came by the ability of theme to promote effective relationships within the team and of obtaining motivation, sense of belonging, self-efficacy development.
A similar solution is applicable only if you, as a leader, are willing to work on your awareness, on the ability to recognize your and others’ emotions, on the development of empathy and the ability to generate and maintain effective relationships.

In all this (it seems needless to say) the control mania and a tendency to have a goal on the other can have no place.
The effect relationship, who represent the bases to build a cohesively team  end a successful company, need of trust who is the opposite of obsessive control.
People need to be stimulated positively and considered trustworthy in order to show and exercising their potentials, thereby contributing to a high-level performance and optimal production results.

If is true  leaders resonant and with charisma are not born, but becomes, the way to becoming is definitely characterised by listening, acceptance, alliance, motivation, self-efficacy, emotional competence, empathy: all key elements of Coaching.

The rational of doing and the pursuit of goals, combined to listen to the emotional medley that emerges from the group, are concrete and useful tools to create or maintain your company in a positive atmosphere and high productivity.

Choose consciously support of an expert Coach by team building and development of human potential to acquire a concrete method that will get you to improve internal team relationships and achieve excellent performance levels.

So Leave the control mania and promote trust and support.

Get the best from your staff and lead your company to success.

Happiness is also … give up control mania creating a successful company!

Accept the other. The game of give and receive.

Audacity: how be Happy, Free and Creative 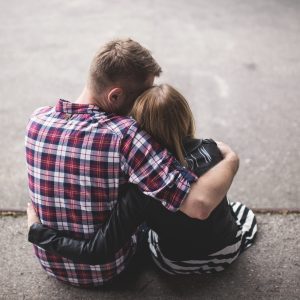 Accept the other. The game of give and receive.

Learn to accept with awareness that whoever receive a thought doesn’t receive something but someone. Feel the joy of support a...